The last 2in1 course this year

When we made the decision to get a puppy for the first time we knew how important it was to take him to puppy training. Dogs &The C...

We have a nine month old puppy whom we adore. We planned to go skiing in February and we were very concerned as to what we would do wit...

We contacted Gosia to home kennel our 16 week old puppy Molly whilst we went on holiday, we weren't keen to use kennels. We were really... 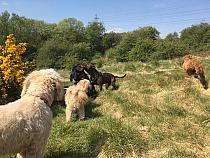 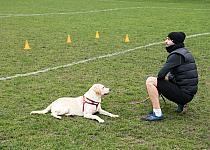